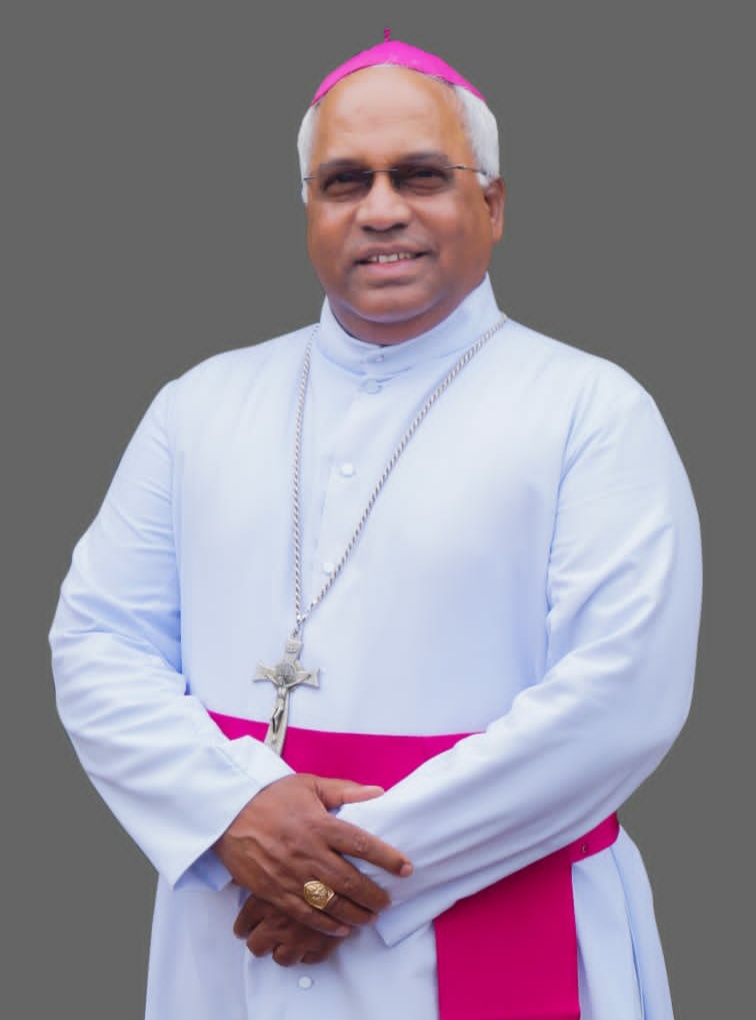 The Diocese of Shimoga

The Diocese of Shimoga in Karnataka, India, was established on 14 November 1988 by virtue of the Apostolic Bull of Pope John Paul II, “Id Spectantes.” On the same day Msgr Ignatius Pinto, Vicar General, Archdiocese of Bangalore was appointed its First Bishop through the Apostolic Letter “Bonevolentiam quidem Nostram.” He was ordained the First Bishop of Shimoga on 31 January 1989. He was transferred as the Archbishop of Bangalore on 10 September 1998 and installed on 25 November 1998. The Second Bishop Most Rev. Gerald Isaac Lobo was ordained Bishop by Archbishop Most Rev. Ignatius Pinto on 20 March 2000. He too was transferred and installed as the first Bishop of the newly established Diocese of Udupi on 15 October 2012. The Third Bishop Most Rev. Francis Serrao SJ, the incumbent, was ordained Bishop by the Apostolic Nuncio, Most Rev. Salvatore Pennacchio on 07 May 2014.
The Diocese of Shimoga comprises the civil districts of Shivamogga, Chitradurga and Davanagere. These three districts are further divided into the talukas of Shivamogga, Bhadravathi, Challakere, Channagiri, Chitradurga, Davanagere, Harapanahalli, Harihar, Hiriyur, Holalkere, Honnali, Hosadurga, Hosanagar, Jagalur, Molakalmuru, Sagar, Shikaripura, Soraba, and Thirthahalli. The Diocese has 21 parishes and 17 mission stations.
The Diocese of Shimoga is the eighth Latin diocese in Karnataka and a suffragan of the Metropolitan See of Bangalore. The total extent of the territory of the Diocese is 22,893 Sq. Kms. The total population according to the 2011 Census is 53,62,795 of whom 18,100 are Catholics. Principal languages spoken are Kannada, Konkani, Tamil, Telugu, Malayalam and English. There are at present 54 diocesan priests, 43 religious priests, 222 religious sisters and 22 diocesan seminarians.
There are nineteen Diocesan Commissions: Biblical and Catechetical, Liturgical, Ecumenism Education, Family, Health, Inter-religious Dialogue, Justice and Peace, Labour, Proclamation and Evangelization, SC/ ST/ BC, Small Christian Communities, Social Concerns and Development, Social Communications Vocation and Formation, Women, and Youth. There are also Pious associations like the Catholic Association, Catholic Charismatic Renewal Movement, Legion of Mary, Pontifical Mission Aid Societies (PMS), Society of Vincent De Paul (SVP), Prison ministry, and the Local CRI Unit. Some of the prominent institutions of the diocese are the ‘Vianney’, the Diocesan Minor Seminary,‘Chaitanya’ Centre for Social Action, and Sannidhi Diocesan Pastoral Renewal Centre. There are three registered bodies, the Shimoga Diocesan Trust, the Carmel Education Society and Shimoga Multi-purpose Social Service Society.
With all these apostolic units, and with the active collaboration of many religious congregations the diocese is rendering high quality of service in the fields of spirituality, pastoral care, health ministry, education and social action, under the overall vision of service of faith that leads to the fullness of life in Christ for all, in and through educational institutions, hospitals, dispensaries, re-habilitation centres, a home for the dying destitutes, social work centres and hostels.